People keep telling us that Bitcoin is just too costly right now.

Is Bitcoin really too costly to purchase? Reconsider your position.

Many individuals are unaware that they do not need to purchase a whole Bitcoin.

It’s not like you can go to a shop and get an iPhone for $699. Either you purchase the iPhone set or you don’t buy one at all.

Whether you’re living paycheck to paycheck or operating a profitable little company, it’s unlikely that you’ll feel comfortable spending a significant portion of your money to purchase one Bitcoin.

The good news is that you don’t have to do anything if it doesn’t fit into your budget.

Instead, you may start purchasing Satoshi, which is a fraction of bitcoin.

We have a tiny monetary unit called “cent,” which is 1/100 of a dollar, similar to many national fiat currencies, such as the US dollar. The pound is then divided into pennies.

We have a tiny unit called Satoshi in the Bitcoin realm.

This article will teach you all you need to know about Satoshi, its history, and a Satoshi converter that will come in useful.

The lowest unit of Bitcoin recorded on the blockchain is the Satoshi.

To the eighth decimal point, each bitcoin (BTC) is divisible. A satoshi is equivalent to 0.00000001 bitcoin.

Satoshi is often used on cryptocurrency exchange platforms to purchase and sell other crypto currencies like litecoin, ether, and others!

Many faucet websites also provide free bitcoin in satoshi units to its customers.

It all started in 2008 with the release of a 9-page document on the Internet by an anonymous contributor who went by the moniker “Satoshi Nakamoto.”

His/her identity is still unknown today. Nobody knows for sure.

Every computer geek knows that the Bitcoin white paper solves the Byzantine General’s Issue, a long-standing problem in computer science. The entire text of Bitcoin: A Peer-to-Peer Electronic Cash System may be found here.

As a result, this satoshi unit is named after Satoshi Nakamoto, the enigmatic inventor of Bitcoin.

One hundred millionth of a single Bitcoin is represented by the Satoshi. There are a few frequently used units, such as millibitcoins (mBTC) and microbitcoins (BTC), in addition to the two primary official units, Bitcoin and Satoshi.

Bitcoin was established with the intention of having a finite quantity of 21 million coins. In the year 2140, the final bitcoin is anticipated to be mined.

The price of bitcoin will continue to increase as time passes. However, breaking down this digital money into smaller pieces would make it easier to use in everyday transactions.

“With 20 million coins, it gives each coin a value of approximately $10 million,” Nakamoto once stated in one of his early statements.

If Bitcoin is successful, each bitcoin will be worth approximately $10 million, according to Nakamoto, which implies 1 satoshi = $0.10.

That’s only to give you an idea of how things will operate if bitcoin’s price continues to rise into the tens of thousands and beyond.

Let’s get down to business and learn how to quickly and correctly convert satoshi to bitcoin.

At first sight, it seems to be a simple mathematical calculation in which you just need to shift the decimal point in the right direction using the conversion method described above.

When converting, however, great caution must be used. Satoshi will be lost unnecessarily if a minor error in the decimal place is made. This is due to the fact that all bitcoin transactions, whether sending or receiving, are final.

I used to perform the calculations by myself until I came across this useful tool that shows me the precise amount at the touch of a button.

It may also be used to convert bitcoin to a variety of other digital and fiat currencies in a single search. The greatest thing is that it is completely free to use!

Because Bitcoin is such a volatile currency, even small news or changes may have a significant effect on its price. Furthermore, the conversion rate varies somewhat across exchange sites.

I suggest using this converter to compute depending on the most current rate. It consequently offers real-time updates. It allows you to convert satoshis into USD and other fiat currencies like as EUR, GBP, CNY, RUB, and CAD.

You can easily calculate how much money you need to send or receive with this easy converter.

Use the box to enter the amount you wish to convert and immediately convert Satoshi to USD or USD to Satoshi and BTC. To obtain the most up-to-date computation, remember to hit refresh!

Do you have any further inquiries? Please feel free to leave a remark in the section below.

Finally, if you like this article, don’t forget to Pin it!

Next, I’ve selected a few books for you to read:

Soon, I’ll be providing additional ideas and guidance. Keep an eye out for updates.

Sign up for my emails and a free magazine subscription here if you haven’t already.

The mysterious Satoshi Nakamoto, who created Bitcoin in 2009, has yet to reveal his real identity. However, we do know that he/she/they (or whoever/whatever/etc) has/have (or don’t have) a large amount of Bitcoins. We also know that the Bitcoins are based on a decentralized computer network, and that they can be used to buy and sell goods and services. So, what is Bitcoin? Is Satoshi Nakamoto the real deal, a myth, a mythical figure, a joke, a hoax, a hoaxster, a crytpo-currency, a software company, a government agency, a scam, a Ponzi Scheme, a pyramid scheme, a pyramid-scheme, a Ponz. Read more about satoshi to usd converter and let us know what you think.

How many dollars is 1 satoshi?

One satoshi is worth 0.00000001 Bitcoin, which is equal to one hundredth of a single cent.

How many BTC is 1 satoshi?

How much is 1 satoshi worth?

What is Counter Credit? A Comprehensive Guide 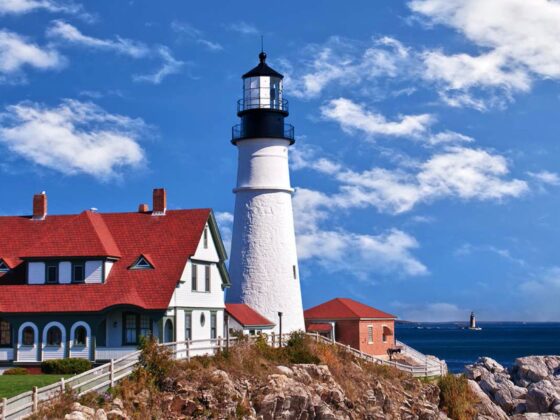 10 Pros and Cons of Living in Maine Right Now